ForceManager will be running a competition called Win an Apple Watch from its Twitter accounts.

Description and process of the contest

Users will always be able to see other participants’ retweets.

Only one Apple Watch(*) will be awarded.

(*) The prize consists of an Apple Watch. Model and color depend on what is available at the time of purchase, and so may vary to what is presented in campaign images.

ForceManager, as the organizer of this contest, will contact the winner by direct message from one of its two Twitter accounts, on 07/01/2016 to let them know that they have won and also to explain the conditions if they wish to exchange their prize.

The winner must respond to ForceManager, accepting their prize, by Twitter’s direct messaging service within 7 calendar days, starting the following day ForceManager gets in contact.

The prize will not be exchangeable for any monetary amount nor another other prize.

Participants give their consent for all personal information they provide to be included in a file of which ForceManager is responsible, and will use to manage the competition. For example, by contacting the winner to send them their prize as well as any subsequent communications from ForceManager. This data will be treated as confidential in accordance with the Ley Orgánica 15/1999 de Protección de Datos de Carácter Personal (LOPD) and its regulations.

Participants guarantee and will respond to the veracity and authenticity of the information and personal details they provide.

The owner of the data can exercise their rights to access, rectification and cancellation in a written letter with a valid copy of identification to the following address: [Josep Irla i Bosch, 1-3, 2ª planta 08034 Barcelona, España], stating in the subject line “Ref. Data Protection.” They also have the option to send an email to social@forcemanager.net.

Security and Control Standards.
ForceManager, reserves the right to adopt any measures considered appropriate to avoid any conduct that ForceManager deems either fraudulent to this contest, breaches regulations or harms other participants. The first and immediate consequence of such will be the exclusion of the participant from the contest and the loss of all rights to the prize.

ForceManager reserves the right to exclude from the competition any comments or responses sent by users, wherever they think fit.

ForceManager is not responsible for any interruptions or internet service failures on the pages https://twitter.com/forcemanager and https://twitter.com/forcemanager_es nor the cable network, electronic communication network, software or hardware failures. Nor are they responsible for any possible errors while entering and/or processing comments, responses and uploading personal data. If any of the above problems or incidents do occur, ForceManager will do whatever it can to correct such incidents as soon as possible. However, it cannot assume any responsibility for said cases.

Despite adopted security measures, ForceManager accepts no liability for any harm or prejudice of any nature from the incorrect use of the services and content from users. In particular, albeit not exclusively, for the damages of the falsification of identity of a third party effected by a user.

– Simply participating in this contest implies the acceptance of these legal bases in their entirety as well as the interpretive criteria of ForceManager in the settling of any dispute that might arise from the present promotion. For which, the non-acceptance thereof, implies the exclusion of the participant and as a consequence ForceManager will be released of the fulfillment of any anticipated obligation.

-ForceManager reserves the right to introduce changes to the functioning of this promotion at any time and/or to prematurely suspend it if necessary and for reasonable cause, without any liability that may arise. However, these changes will be made known accordingly through Twitter to all participants. ForceManager will do everything it can to avoid any changes that could potentially harm any one of the participants.

The following cannot participate in this promotion:

Interpretation of the legal bases and settling of conflicts 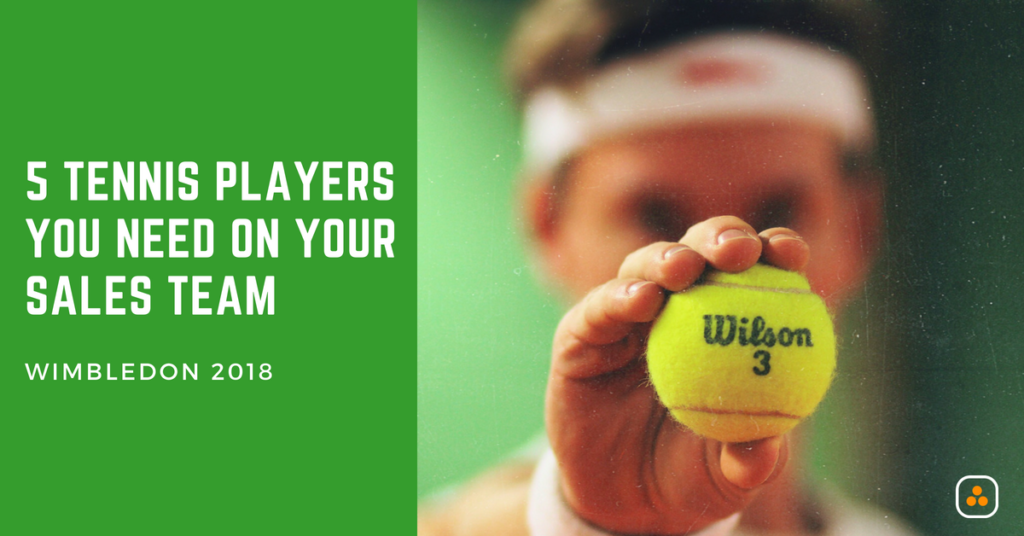 5 Tennis Players You Need on Your Sales Team

Ready to take your sales team to the next level?

“New customer prospecting has increased between 25% and 30%”